Amenities, Transport and Nearby Attractions

The Olive Tree Suite is extremely well situated just outside historic Iffley Village within the southern region of Oxford City. Situated on a major road there are excellent connections for travel into the city by bus, bicycle or car as well as outside for work, travel, shopping and relaxation.

Well situated for transport and local nearby attractions 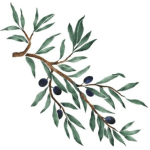 Making the Most of Living in Oxford

Oxford is a youthful and cosmopolitan city with plenty to see and do. There are dozens of historic and iconic buildings, including the Bodleian Libraries, Ashmolean Museum, Sheldonian Theatre, the cathedral and the colleges. In the city centre you will find lots of shops, cafés, restaurants, theatres, cinemas, pubs and clubs. There are plenty of green spaces too: riverside walks, England’s oldest botanic garden, the University Parks and college gardens. Outside the city, the countryside is lovely with many stunning villages and other sights to visit.

Oxford was first settled in Saxon times and was initially known as “Oxenaforda“, meaning “Ford of the Oxen”; fords were more common than bridges at that time. It began with the establishment of a river crossing for oxen around AD 900. In the 10th century, the city became an important military frontier town between the kingdoms of Mercia and Wessex and was on several occasions raided by Danes.

Originally of strategic significance due to its controlling location on the upper reaches of the River Thames at its junction with the River Cherwell, the town grew in national importance during the early Norman period, and in the late 12th century became home to the fledgling University of Oxford.

The University rose to dominate the town entirely, and by the middle of the 14th century the history of the town was effectively no more than a footnote to the history of the university. A heavily ecclesiastical town, the city was greatly affected by the changes of the English Reformation, emerging as the seat of a bishopric and a full-fledged city. During the English Civil War, the city housed the court of Charles I in 1642, after the king was expelled from London.

The city began to grow industrially during the 19th century, and had an industrial boom in the early 20th century, with major printing and car-manufacturing industries. These declined, along with other British heavy industry, in the 1970s and 1980s, leaving behind a city which had developed far beyond the university town of the past

Oxford is rated as the youngest city in England and Wales and has two universities: Oxford University and Oxford Brookes. 35% of people who live here are aged 15-29 and 27% (40,000 of a total population of 150,000) are university students.   With a population of 159,994 it is the 52nd largest city in the United Kingdom, and one of the fastest growing and most ethnically diverse.

City of Beauty and History

Oxford is a beautiful city, with a compact centre, crammed with fine, old buildings, and some interesting urban villages, such as Jericho. As a major university town, it boasts lively nightlife, some great museums, plenty of good performing arts and a wealth of reasonably priced restaurants.

How to get Here

Oxford is about 60 miles from London, and slightly more than that from Birmingham. Both cities are accessible within an hour, traffic permitting, on the M40. Cheltenham and Stratford-upon-Avon are also about an hour away by car. Trains from Oxford to Paddington take just under an hour. Buses are slower, but cheaper. They run all through the night – perfect for those boozy nights on the tiles in London. Another plus is frequent direct bus services to Heathrow and Gatwick.

If you ever feel like a change of scene, the bus to London takes around 90 mins and runs 24 hours a day and when Oxford Parkway station opens this autumn, Oxford will have not one but two railway stations.

The city is within commuting distance of London, just, but also close to the more rustic delights of the Cotswolds.

Stay in comfort and luxury in Beautiful Oxford

The Olive Tree Suite was created in 2015 to provide the very best in accommodation in Oxford for those that appreciate comfort and beautiful surroundings.

10 minute walk to smaller supermarkets and conveniently situated close to bus stops with frequent 10-15 minute travel to the City Centre. Easy access to the A40, M40 and A34 via the Ring Road.
Off-street storage for bicycles; unrestricted car parking on quiet street nearby. Super-fast

Stunning suite inside the city, with easy access to town centre and all surrounding areas.

For More Information about the Olive Tree Suite

Live in Luxury, Style and Comfort in Oxford
A Unique and Beautiful Apartment with Skyline Views
above gardens with strong Eco Credentials